Dreams are the starting point for any achievement.

Carli Lloyd, former captain of the U.S. Women’s Soccer team, said this: “You must be able to see it happening in your mind before it can happen on the field. The mind is like a brush-cutter in the woods, a bulldozer for your dreams. It clears away the bramble and thicket so you have a path to follow. The mind sets out the path, and then the training enables you to follow it.”1

Your children can develop the mentality of “Why not me?” One father consistently told his son as he was growing up, “Why not you?”  That constant question and reminder inspired his son to dream bigger and work harder, and eventually led to incredible achievements in his chosen field.

When kids are young, they are often asked, “What do you want to be when you grow up?” What happens to their dreams as they get older? When do kids cross the magical boundary that stops them from dreaming? It can happen when they begin to be told by others that they need to be more realistic or choose a “safer” path. They might be told that it’s too hard and that only “other” people can do those things. The potential result: They stop dreaming.

When your children tell you what they want to be or what they want to do in their lives, be different. Celebrate  their dreams and validate their aspirations. Find opportunities to encourage their ambitions, even when they appear to be overreaching or unrealistic. Every dreamer deserves a champion, someone who will support his or her dreams. Let your children figure out for themselves what they can and can’t do. Find ways to help them reach for and bump their ceiling.

Let them fly as far as their wings will take them.

Become the parent who inspires your child to turn something that initially seems “impossible” to them into something that is “possible.” Ask them, “What is something in your life that seems impossible right now? I wonder if you (or we) can figure out a way to make it possible?” They can be taught to have the mindset that their “impossibles” can become “possibles.” Whether it is to become a better reader, master a new skill, or anything else in their life that is difficult for them. This mindset can begin developing early in life.

The two times during the day that you have a powerful impact on your children are: 1) early in the morning, and 2) at night before bedtime.

As your children leave your home each morning for school, help them feel invincible, as if they were “ten feet tall and bulletproof.” Start their day on fire by building them up so that they believe in themselves when they take on the day. One family we met does a family cheer right before their children go out the door.

One father that we interviewed said, “If my daughter can’t dream big, ridiculous dreams, what’s the point of her dreaming at all?” Try not to value your children’s dreams according to the odds of them coming true. Their real value is in stirring within them the will to aspire. That will, wherever it leads them, will at least move them forward.

Alexa von Tobel is the founder and CEO of LearnVest.com, an award-winning personal finance website. In 2006 as a recent college graduate, she was headed for a job with Morgan Stanley. But though she would soon be managing the bank’s investments, she realized she didn’t know the first thing about her own finances. So she created LearnVest, an online personal finance resource for young women like herself. In 2015, after years of sustained growth, she sold LearnVest to Northwestern Mutual Life Insurance Company for a significant sum.

When asked to give career and life advice to recent college grads, she said, “The first thing is that you have to dream big because no one else can dream for you. Now that I am becoming a new parent myself, I’m trying to think about what my parents did to help me believe in myself. I don’t think I’m special in any way. I just believe in hard work, and I believe in dreaming big.”2

This is you. You are this parent! You can lift, inspire, and empower your children to become who they are capable of becoming!

2.   Interview with Alexa von Tobel, conducted and condensed by Adam Bryant in 2015. A version of this article appeared in print on April 19, 2015 in the New York Times.

Photo by Séan Gorman on Unsplash

Guiding Your Children to Be What They Can See

Is Rumination Getting You Stuck in the OCD Cycle?

Guiding Your Children to Be What They Can See 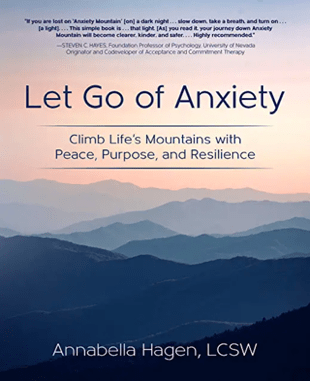